How would you react if I handed you a blank canvas and said "make a beautiful drawing"? What if I instead said "make a beautiful pattern using only straight lines"? The more experienced I get, the more I realize that constraints are a central part of any design process, and Karl Gerstner's Designing Programmes is one of the central books about this subject. 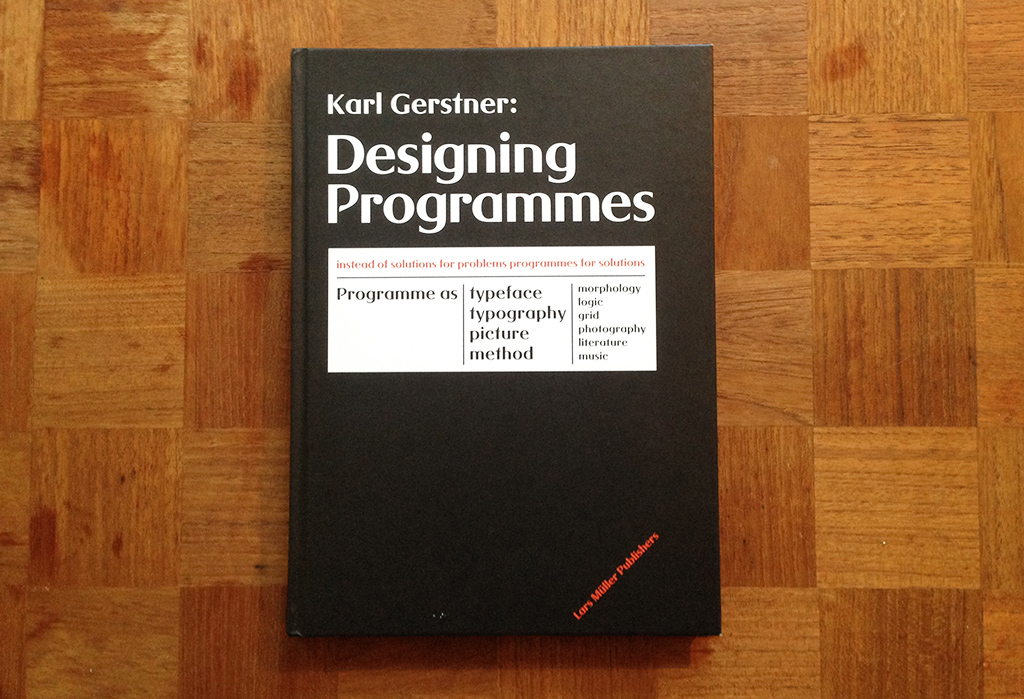 The book was released in 1964, but describes the kind of algorithmic design process that is most relevant to designers from the computer generation.

It (the book) deals with a specific method of approaching creative design, namely, systematically creeping up on a task rather than hoping for inspiration from the higher regions. The key word is programming. (p. 8)

Gerstner's idea of a design program is a rule set or system defined by the designer that can help shape all aesthetic decisions for a particular design product. An example would be the following picture, where the logo for Holzäpfel functions as both a grid system, a font, and a symbol for the company. The design program is the basic geometry of the logo, which dynamically changes to fit different design products.

Designing Programmes describes many applications for this design approach: rule-based color selection, architecture as a program, and generative literature (only to name a few). It's especially interesting to me how he describes a programmatic approach to typefaces almost 15 years before Donald Knuth started development of Metafont. If you're interested in this, I encourage you to read through my lecture on the subject. 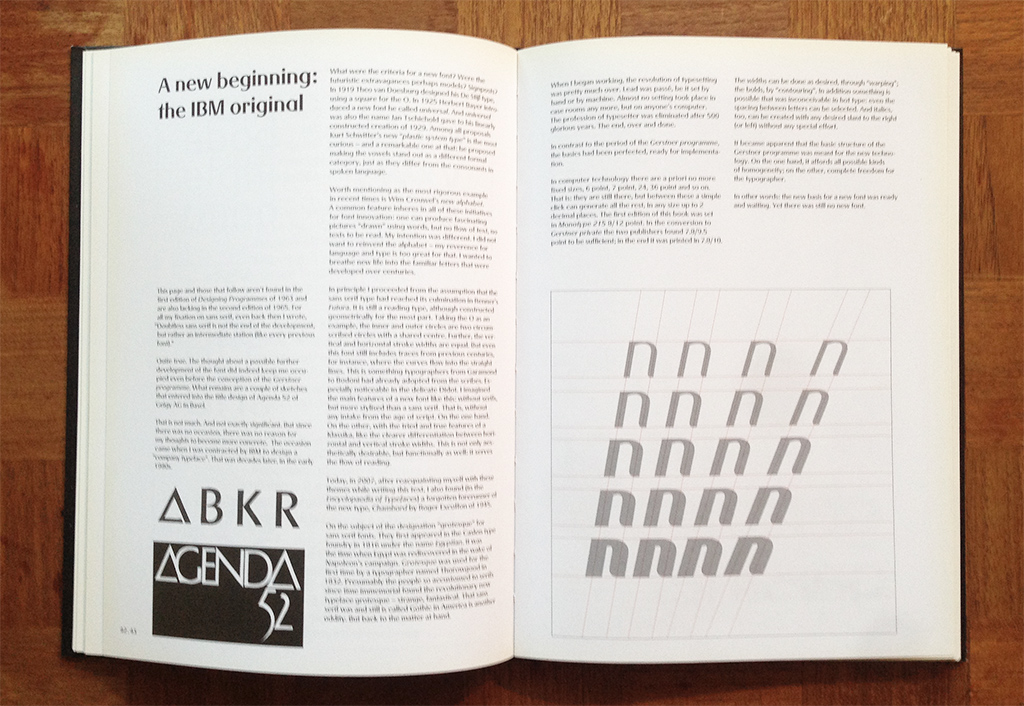 I personally believe that Gerstner describes a design process that contemporary designers barely are starting to understand, and only a handful of design agencies have actually implemented (Sagmeister & Walsh would be one). I think there's a world of interesting ideas to explore if you apply Gerstner's ideas towards designing in software, and I've personally started to poke at it with my Printing Code class.