Continuing down the path of documenting my design book collection, this next book is a special one for me. I spent about 5 years looking for a decent version of it, and ended up finding two versions in 2013: The first edition hardcover from 1947 (right), and the paperback reprint from 1970 (left). 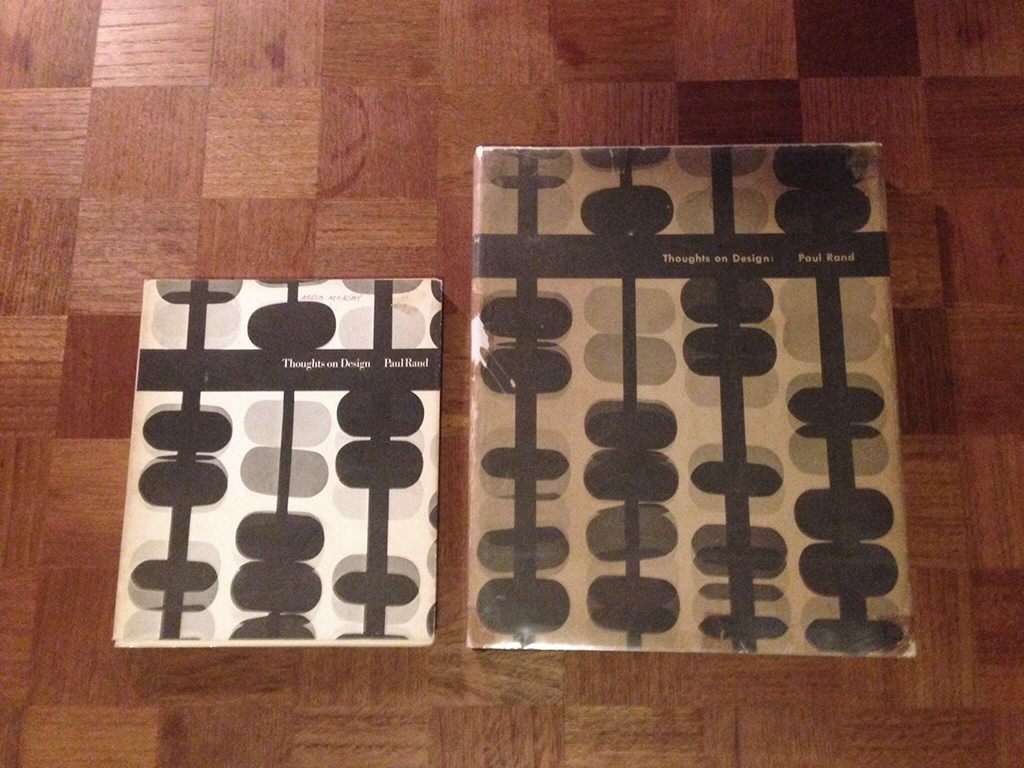 Thoughts on Design was written by the 33 year old Paul Rand, as he was establishing his career in the advertising arts. It is almost entirely in black and white, and showcases some of his most famous early works, like the Direction magazine covers and Coronet ads. 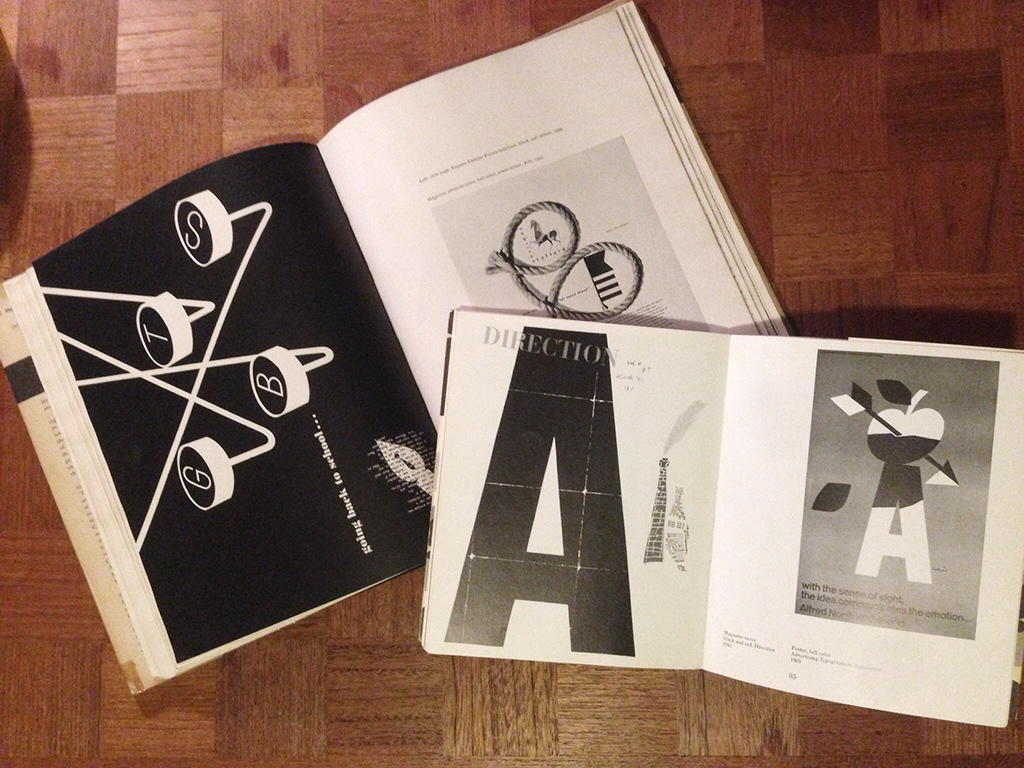 Even though the short texts touch mostly on advertising related subjects (The Symbol in Advertising, Reader participation, etc), they hold a great deal of the general design theory that he is known for (and that fills many of his later books). 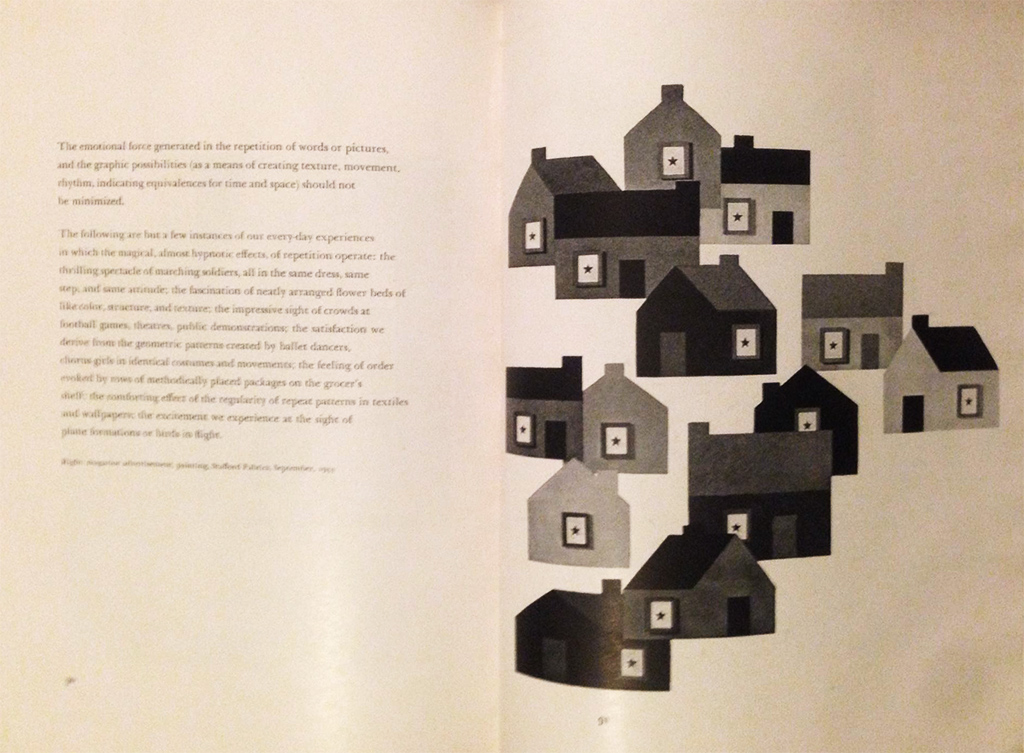 It's still mind-boggling to me that this book was written in 1947, at a time where advertising art was dominated by pastel colors and handwritten quotations. I often have to remind myself that one of my favorite works of Paul Rand – the poster to the movie No Way Out (1950), was created just a couple of years after World War 2. There's obivously a lot more to say about Rand, and I'll try to get around to it when documenting his later books.